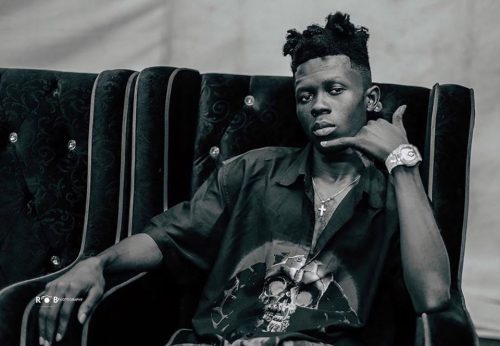 Ghanaian rapper Strongman has come out to say the year 2019 as the best since He started music.For a musician who grew up in the eye of the camera, it is surely a sign of great improvement in the current year.

In an interview on Akoma FM in Kumasi, the presenter asked how the year 2019 has been for rapper.
He said, “Although the year has not ended yet, I would say 2019 has been the best year in my music career. I believe there are better years to come”.

It is evident that Strongman is not that much of a braggart but the improvement in his life has surely been amazing.

After his contract with Sarkcess music was done, the rapper has gone on to become a household name in Ghana, gained numerous award nominations and won a couple of them.

Less than a month after announcing the birth if his daughter, He shared with his fans his new car and a house that is rumoured to be his own.

Strongman was in Kumasi to promote his new single ‘Mmaa’ which is targeted at treating women with the best of love and also talks against domestic violence.

Enjoy the song below November 13, 2020
Newsletter
Enter your email address to subscribe to this blog and receive notifications of new posts by email.
NEW MUSIC