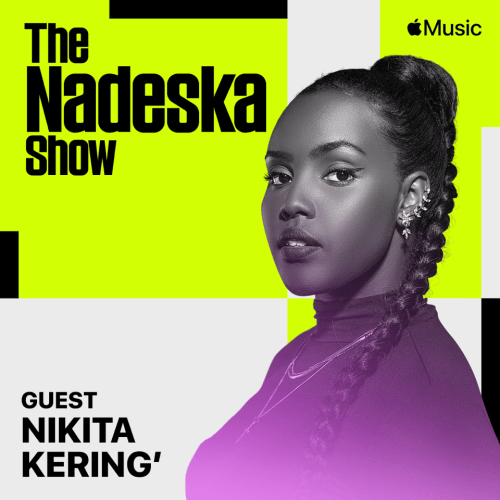 Nikita Kering tells Apple Music about performing at such a young age:

Nikita Kering tells Apple Music about what encouraged her to start singing:

‘’My folks did. My mom was a big part of that as I was growing up. My mom didn’t get to do what she wanted to do when she was younger. And so I guess when she got a child who could sing, she was like, ‘’Do it’’. And yeah, they ended up supporting me through it. There’s no one else who’s musical in the house, maybe my brother a bit, but no one else sings. So I think this was also a new thing for them. We were all guessing through it. And we are still guessing through it. And I guess it’s working out. So I just keep praying. That’s the way it’s working out’’.

Nikita Kering tells Apple Music about the transition into traveling the world and touring:

‘’It was gradual. It wasn’t sudden. It wasn’t one day I woke up and I was touring the world and stuff. It started very slowly where I did this one interview when I was nine, and it blew up. It went viral. And from then on, I guess I’ve slowly gathered an audience and gotten a lot of people that support me. And yeah, that’s what it’s been all about. I wouldn’t say there was anything drastic that happened. I think people from different countries just started noticing. And then that’s how then I started performing in different places’’.

‘’Well, I didn’t start writing when I was that young. I think when I was much younger, I was just learning how to sing. And I took as much time as possible to educate myself in music and music business, and law, stuff like that. I was nerding all of it. So, how I ended up songwriting was, I was 16 and I used to tell my mom, ‘’I can’t song write. I don’t know how to write music’’. And she was like, ‘’You just never given it a try’’. And she’s like, ‘’Just do it’’. And finally, I decided one day to write my first song, which also did extremely well. And it was a simple love song, but I don’t even understand how it became a hit, but I think I was honest with myself at that time. I was 16 and I just did what I did. And I think people saw that and they like that. And they liked authenticity and realness, and emotion through music and they recognized and related to that’’.

Nikita Kering tells Apple Music about her mother’s role in her career journey:

‘’I feel like there was two sides to it. My father was more of the technical side and nerding over the very intricate stuff, the very important stuff, like the contract and the deals and stuff. But she was more of like the soccer mom who would show up to my shows and was always there until I used to be like, ‘’Please, you don’t have to always come’’. Everyone identified me with my mom. And I was like, ‘’Hugh’’. But right now it’s crazy because I look at it and I’m like, ‘’What would I have done without her?’’. So she was yeah, very, very pivotal in my career’’.

‘’I think that was one of the toughest things that I had to do. And it was never really tough on my music side. It was always tough on the school side. I wanted to do the course, but this other whole thing was fun, going out for concerts. And I was young, but I would still be able to go out for concerts because I had to perform. So it was so much fun. But then I think after the course and after everything went so beautifully well and I got to learn so much, I just realized how much ahead I am as compared to perhaps other people in the music industry. Because now I have a much better understanding of the business and production aspect within music’’.

Nikita Kering tells Apple Music about managing her peers expectations of her:

‘’Absolutely. And I think it just took a lot of maturity and mental growth for me to finally come to that point. But I think it was not just that it was a combination of people around me finally realizing that I’m now an adult and I am well-educated in a couple of stuff. And it’s finally time to just let go of the chains and allow me to make my own decisions. And them throwing me into the deep end, for instance, my dad would tell you, ‘’Just do it’’. And I’m like, ‘’You haven’t even listened to the idea. You have no idea what I want to do’’. He’s like, ‘’Just do it, make your mistakes and go ahead’’. And I’m like… It was those moments that I think made me courageous enough to finally ignore the pressures that come from other parties’’.

‘’I think I’m confident in my communication skills and I’m able to communicate eloquently. Do I like it though? That’s the question. I’m very reserved individual socially. I don’t go out as much. I don’t meet new people as much as I probably should. So, I would say it’s something that I need time with. I will do what I need to do. I’ll do the interviews. I’ll do the press and talk about what I need to talk about. But I definitely think socially, I have a lot of work to do’’.

Nikita Kering tells Apple Music about the process of putting together the EP:

‘’This was purely a selfish project. The reason it was a selfish project is because it was an experiment. I didn’t even know what the hell my sound was. And that’s why the EP just sounds like Alicia Keys, then we have Tiwa Savage and then we have everything. It was a mixture of all of my dreams and people that I look up to. So it really was an experiment. And the reason it’s called ‘’A Side of Me’’ is because it’s just one part of me that needs to be seen. But then there’s soon to be a lot of other stuff that people are yet to see. So, it’s just a portion of what I have. And it was a time for me to figure out who I am and I’m still trying to understand myself’’. 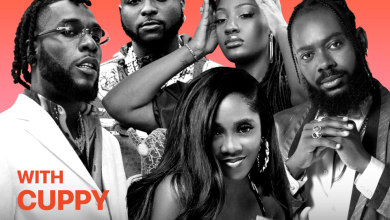