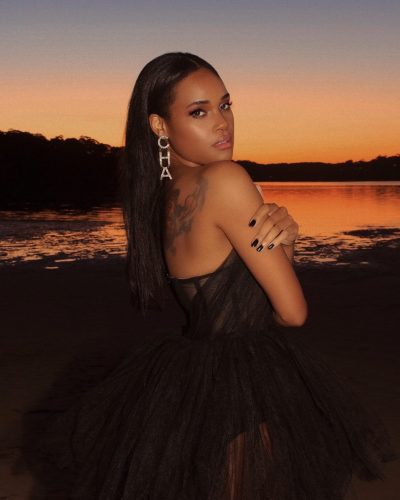 Off the success of “Wish You Were Here”, multinational songstress and producer Juliet Ariel releases the remix featuring Nigerian producer Burssbrain who’s previously with superstars such as Tiwa Savage, Rema and Alternative artist Reiann. Juliet, born in D.R Congo of African and Portuguese descent employs her diversity in this remix. The single was originally produced by Juliet in Sydney, Australia where she is currently based and has crossed borders starting with a feature from Mozambican rapper Laylizzy, a remix from Soa Mattrix a South African Amapiano producer.

“Wish You Were Here” reads like a greeting on a postcard. It is an emotional Afro-Latin club ballad about a long-distance relationship’s survival after the end of a summer love romance. Narrating the story of a dazed and confused lover, Juliet Ariel’s pitiful and suave voice blends into the finely chopped Burssbrain beats that remain imprinted. Putting her sincerity forward, the song radiates an R&B and pop electronic mood with Reiann gracing the song with her high pitched vocals. Creating music that bridges genres, crosses borders and cultures as the reflection of a new multicultural generation, the two artists breathe off girl power in this collaborative remix as they meticulously complement each other. The track is defined by a mesmerising mix of rhythm and emotion. Lo-fi effects on the drums and instruments bring intensity and suspense throughout the song. The tone of the song is vulnerable yet powerful.

“Feelings are like waves, they come and go, meaning you can’t expect a good thing to last forever. When I wrote “Wish You Were Here” I wanted to express how I felt about the end of something great. Turning my fear of loss into a powerful song was a way for me to move on and look back and smile.” – Juliet Ariel 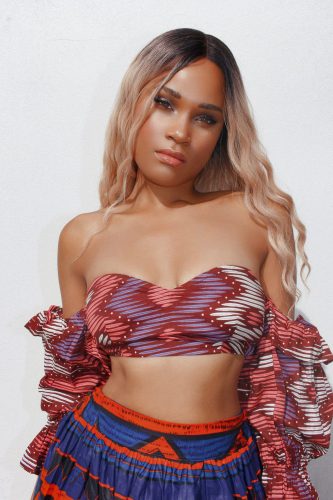 Juliet is a French-African singer, songwriter & producer born in D.R. Congo and is of African and Portuguese descent. Juliet made an impactful introduction with her self-produced single “Take Me With You”, which reached 10M+ views collectively on Youtube, 1.8M+ streams on Spotify and 1.3M+ streams on Soundcloud.

Growing up in the French capital the Parisian art and fashion scene inspired her. It was there whereas a young teen, she experienced the ultra-fashionable nightclub scene and had her first taste of French- electronic music artists such as Justice and Daft Punk, who still inspire her up to today. Juliet recently moved to sunny Australia where she found inspiration for her new music.

Since releasing her music she has caught the attention of numerous labels and tastemakers from around the world including Nora En Pure, Black Coffee and Simon Field and publications such as Dancing Astronaut and Culture Custodian. Her music has been featured on all major DSP’s including Apple Music “Africa Rising”, Spotify “New Music Friday”, #1 on Deezer “Chill House”, Amazon Music “Speaking Pop” and Soundcloud “Fresh Pressed UK” playlists.

Juliet constantly engages with her followers who are currently counting over 250K on Instagram. From showcasing the latest fashion, beauty and skincare brands to sharing sneak peeks behind the scenes of her music productions, Juliet expresses her dreamy imagination through immaculate portraits and vivid landscapes lending her eye to the likes of Sigma Beauty, I.AM.GIA and Hoshinoya Resorts. Juliet is set to drop an EP that is an eclectic mix of genres at the end of the year