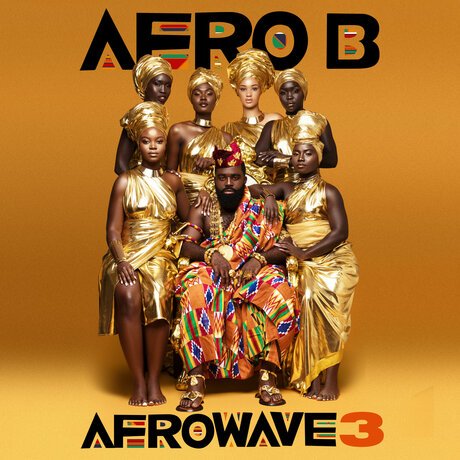 Following a massive past few months for the artist, Afro B has finally gifted us with his brand-new album, Afrowave 3.

Since releasing his hit single “Drogba (Joanna)” last year, the south London artist has become an international star with the track reaching all corners of the world and his latest album is a testament to his global status with its several intercontinental collaborations.

Despite connecting with artists from various areas of the world, Afro B doesn’t compromise his sound on his new LP but, rather, fuses his fun afrobeats sound with the styles of artists such as T Pain on “Condo” and Vybz Kartel and Dre Skull on the previously released single, “Shape Nice”.

As well as including already-heard tunes, the 16-track album also contains a whole heap of brand-new singles such as the smooth offering “The One” and the lively anthem “Mad Mad Mad (Fiya Dance)”.

Listen to Afrowave 3 below