Highlife musician Rex Omar has said the Akufo-Addo-led administration has performed abysmally, as far as, the creative arts sector is concerned.

He has scored the government 20 per cent with some 10 months to end the president’s first term in office.

Scoring Akufo-Addo after he had presented the State of the Nation Address to Parliament, Rex Omar told Nana Kwesi on The Big Show on Class91.3FM that: “I’ll give him 20 per cent and my 20 per cent is based on only the Year of Return because apart from that, let’s be honest, what has he done in the creative arts [industry]?”

The ‘Abiba’ hitmaker bemoaned the failure of the Akufo-Addo government to pass the Creative Arts Bill after three years in office.

“The same President, during President Kufuor’s time, when he was the Attorney General, when he wanted to repeal the Criminal Libel Law, it didn’t take him two months; he did it; It means if he wants to do something, he’ll do it but I don’t believe he’s taking the creative arts people seriously at all,” Rex Omar stated.

Asked what can be done to promote the sector, Rex Omar quizzed: “What is our cultural policy? We are living in a country where our media houses have been taken over by foreign acts. Look through all our TV stations, these foreign soaps that are being shown across TV stations, do you know that we can use just a policy to change that? If we change that, do you know the impact it will have in our film industry?

“We are denying our own people… This is lack of leadership. What are we using our media to do for ourselves and our future generations? Right now, they’ve signed a five-year deal with afro-nation just like Afeku tried to do with Afrimma, so are we saying Ghanaians, we are so dumb that we can’t create our own Afrimma and afro-nation?

“Honestly speaking, so far as I’m concerned, when it comes to the creative [arts] and tourism [sectors], we haven’t started anything yet because the President is just talking”. 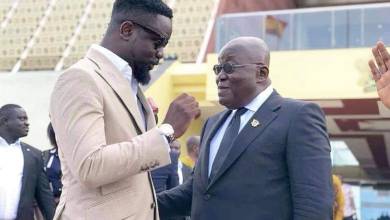