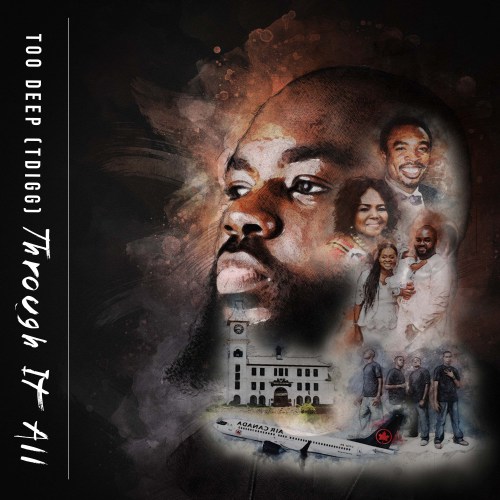 As the album title suggests, ‘Through It All’ is an embodiment of Too Deep’s life from childhood until date. It’s more like an autobiography summarized into melodic chapters. It’s about his real life experiences from a perspective of faith. It consists of 12 tracks.
The album is eclectic, portraying a soulful vibe. The tracks are also deliberately arranged in an order of chronology regarding how the events in Too Deep’s life occurred specifically.
Overall, the morale of the album is hope – in the midst of adversity, economic hardships, loss of loved ones, depression, self doubt, disappointment, failure, rejection and challenges in all aspects of life.
The Bible scripture used as reference for the theme of the album is 1 Peter 5:10. In that regard, the album is an affirmation that no condition is permanent and that there has always been light before and at the end of the tunnel. 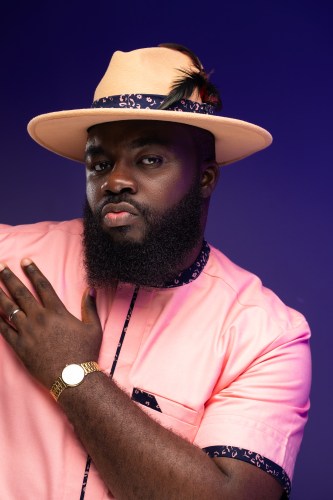 An inspirational / neo-contemporary music artist. A profound self taught writer who bridges the gap between spirituality (his faith) and reality (real life experiences), from a perspective that resonates, making his content very relatable. He seldom addresses global current affairs.

Overall, Too Deep considers himself a Global Citizen. Born and raised in Ghana, West Africa, Julian Baisie, popularly known as Too Deep / TDIGG (Too Deep In God’s Grace), grew up with his biological parents in a suburb of Accra called North Kaneshie.

Being a product of the late 80s, Too Deep used to record songs unto cassette tapes live from radio with his father’s boombox, during his childhood. That’s how he learnt song lyrics from some of his musical influences such as Danny Nettey, Black Heritage, The Shepherds, Stella Dugan, Reggie Rockstone, Obrafuor, The Fugees, Tupac Shakur, Nina Simone, Amakye Dede, Gyedu Blay Ambulley, Osibisa, The Winans, R. Kelly, Wyclef Jean, Puff Daddy, Mase, Whitney Houston, Kirk Franklin and many more.

During his elementary school years, he formed an Acapella group with a few of his friends and they were given the opportunity to sing at church sometimes. That is to say that Too Deep’s passion for music was discovered at a very young age. In Senior High School, he remarkably noticed his inclination towards rap music when he started writing philosophical rhymes.

His decision to pursue music professionally took off in 2008 with his former group called Street Disciples / GUD Music. The group launched an album titled ’Time Is Up’ in 2012. He released his first solo project in the third quarter of 2010 while pursuing a Bachelor’s Degree at a university in Ghana.

In 2013, Too Deep moved to Ontario, Canada to further his education. While in Canada, he pursued Global Citizenship as a minor, which broadened his scope of knowledge and gave him deeper insight as to how he could inculcate that knowledge acquired to make his music more relatable.

He collaborated on music projects with other artists such as Bubunaé and Segun David from Windsor, and Stu Escalone from Ontario. Too Deep returned to Ghana in 2017, and is still pursuing his music career aside from other ventures. He also got married and has a beautiful daughter.

After releasing an album with his former group – Street Disciples / GUD Music and a trilogy of mixtapes (This Path I Chose 1, 2 & 3) over the period of a decade, he finally gratifies the long anticipation of his music supporters and followers with another timeless body of work titled ‘Through It All’, which he recently released. Too Deep is still recording good music and has more soulful projects to be anticipated.