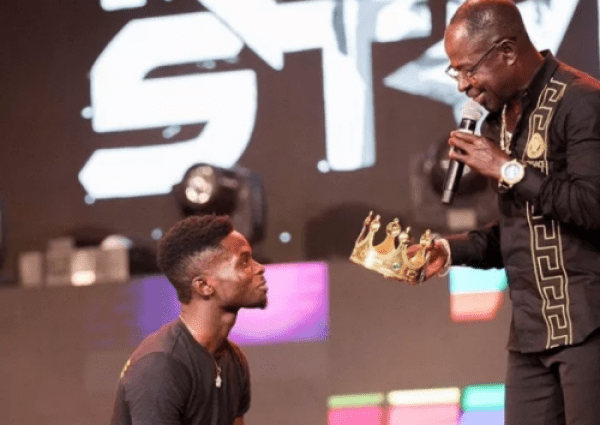 The manager of Ghanaian Highlife legend, Amakye Dede has called on Ghanaians to stop blaming Amakye Dede for crowning Kuami Eugene as the next Highlife King of Ghana at the Vodafone Ghana Music Awards 2019 held on 18th May.

But Amakye Dede informed him he can not do that so it came as surprised when the crown was forced on him on the stage to do it.

“Kiki Banson, who was in charge of artiste repertoire for this year’s VGMAs, called to inform him that as part of Amakye Dede’s performance, they want him to crown Kuami Eugene and I told him I have to speak to my artiste about it.

“Amakye Dede was not in support of it when [I] informed him, so I was surprised to see him act against his will,” Aboagye stated in an interview on Accra-based Onua FM.

“So those who watched that act will know that something was not right. According to Amakye Dede, he was surprised to see a lady walk on stage to hand over a crown to him,” he added.