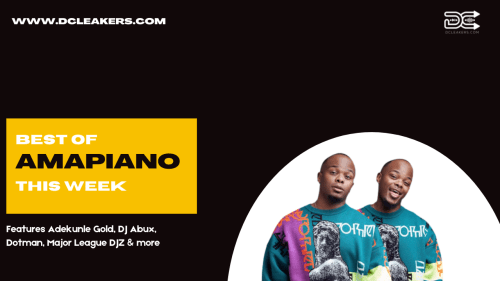 After making an appearance on Kevi Kev’s track titled ‘Hard To Get’, Mellow and Sleazy release this Amapiano tune titled ‘Bopha’.

On our usual hunt for viral songs on social media and the internet general, we discovered this song titled It Ain’t Me TikTok by Eduardo XD and DJ Abux on the Tiktok app.

Apparently, this is an Amapiano remake of the original song composed by Kygo and Selena Gomez.

Furthermore, there is an accompanying dance routine for the song trending on Tiktok as well. In the search column, key in ‘It Ain’t Me’ to watch some of these amazing dance steps.

Nigerian singer and rapper, Dotman has been away from the music scene for sometime for reasons unknown to us. Nevertheless, the 808 Recordz frontman returns to the music with his first official 2021 single titled ‘Drunk In Love’, an Amapiano inspired song featuring prolific Nigerian DJ, DJ Neptune.