British rapper Riley Davies better known as ArrDee officially premieres the remix of the popular tune ‘Come And Go’ which was released in the month of March this year.

With the purpose of reaching more listeners out of his jurisdiction for his very recent album Pier Pressure which houses Come And Go, Arrdee connects with Ghana’s man-of-the-moment Black Sheriff for a remix of the fan-favorite Come and Go.

This song was inspired by the duo’s recent link-up in Nigeria when they performed together at the Homecoming Concert in Lagos.

Listen to ‘Come And Go (Remix)’ below. 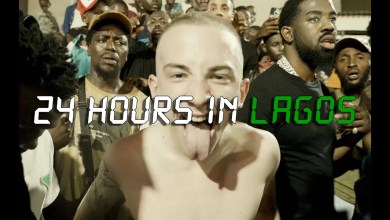