We receiving a shocking news earlier this year from B4Bonah that he is quitting music. Well he LIED, and every music lover has been happy about his decision as he makes a come back with this potential afrobeat hit song, ‘Work‘.

A year on after dropping his major hit ‘Kpeme’, with mercurial R2Bees crooner, Mugeez – B4Bonah is out with another Afrobeat classic dubbed ‘Work’, with an equally blockbuster music video to match.

The single ‘Work’ which highlights the artist’s impressive pen-game features catchy hooks and verses delivered in multiple languages, a testament to his versatility. He sings excellently in English, Pidgin and Twi serving listeners a delicious sonic cocktail.

The song leaves listeners yearning for what is next with smooth but dynamic modulations, heavy percussions and silvery vocals. It is safe to say that this song is ready to compete with the best of the best on the global stage. The upbeat, funky and energetic undertones will have listeners from all over the world dancing while grooving to the song’s impressive lyrical content.

‘Work’ empowers listeners to keep working hard on their various hustles, embracing their willpower to push for greatness even though life is tough. The theme is emphasized from a line sang in Twi on the record which translates as ‘’No matter what, we will do the work’’.

The sonic masterpiece ’Work’ was produced by Zodivc and debuts with impressive visuals – a video that epitomizes the artists rich taste in aesthetics to communicate a topic that resonates with the masses. The synergy of the music with the video to deliver this impressive message is unmatched.

The video which was directed by Kwame Boadi of Esse Studio is available for viewing below. 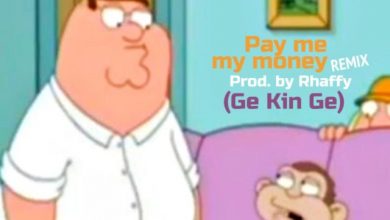