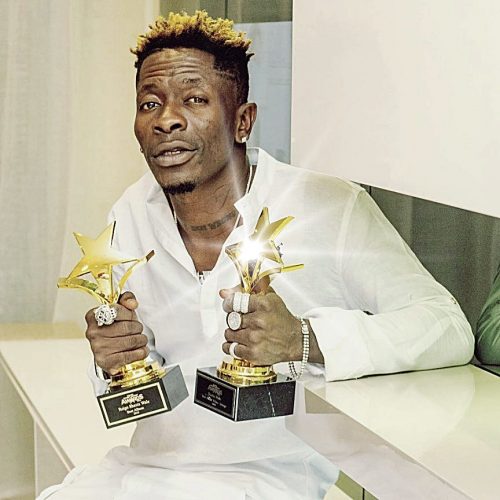 Multiple award-winning Ghanaian artiste – Shatta Wale is in the news again , this time for a good reason. International Entertainment media – Billboard has ranked Shatta Wale as the most watched Ghanaian music artiste.

Billboard for sometime has turned its attention to the African continent and the Afrobeat genre as a whole. The latest cover of the Billboard cover had Davido , Tiwa Savage and Mr. Eazi covering it.

Billboard has released another exposition delving in the Afrobeat movement. The world renowned entertainment firm has released a list of ‘The Most-Watched Homegrown Artists Across Africa’ via an editorial dubbed ‘Local Heroes”.

Local Heroes tends to shed light on the top five homegrown musical acts in 11 African countries based on a year of local YouTube views ranging between the Afrobeats genre stars to the late king of coupé-décalé. In Ghana , Shatta Wale topped the list with his ‘Taking Over’ video which has gathered closely to 14 million views.

Wale’s 2019 album is called Wonder Boy, and the 20-year-old singer songwriter and actor seems determined to live up to that name. The country’s two biggest political parties have used his songs in campaigns; his 2018 album, Reign, hit No. 6 on Billboard’s Top World Albums chart; and in April, he organized the online Faith Concert to cheer up fellow Ghanaians during the COVID-19 pandemic.  , Billboard wrote