The New Year is upon us. So is new music from Bryan The Mensah. The rapper has chosen this day – which doubles as his birthday to open his musical account with a new single titled ‘Medicine’. The single also came with a video.

The record does not deviate from the music style of Bryan The Mensah: the lyrics are poignant, the beat is a fusion of soul and slapping 808s, and his dexterity shines brightly over the OKAIWAV produced record. Bryan The Mensah and OKAIWAV have formed an artist-producer relationship that brings the best out of each other. The two also collaborated on Bryan The Mensah’s 2019 release ‘Level 2’.

In his trademark sing-rap style, ”The King of Tea” does not waste time or mince words on the beat: one that motivates you to move from zero to a hundred. Fame is not what he is seeking, as he clearly expressed with the lines: ”Mo na mo pre being famous, I just want a range with my favourite colour painted”.

Bryan The Mensah would take a swipe at those who spend hours on the internet, spending money on data but got ”nothing in their treasury”. He again questions why twitter folks are not converting their followers into investment opportunities since ”clout don’t pay the bills only hustle does”. OKAIWAV creatively flips Hannah Williams and The Affirmation’s ”Late Night and Heartbreaks” as sampled on Jay Z’s standout song 4:44. What OKAIWAV did was to tuck the sampled vocals between the hard hitting trap drums that envelopes the beat on the record.

‘Medicine’ is a precursor to the good things Bryan The Mensah is about to offer in 2020, musically speaking. With two albums to his name – Friends With The Sun (2017), Wildlife (2018), many singles and features, Bryan The Mensah is on to something. But first, you have to taste this ‘Medicine’ he is serving. 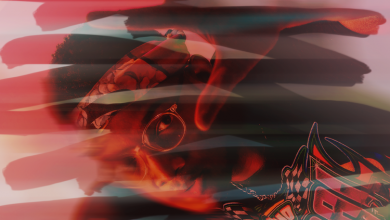 Bryan The Mensah’s “Not Going Outside EP” hits over 200,000 Streams