Popular Ghanaian boxer and comedian, Bukom Banku says has ranked himself amongst the top dancehall artistes we have in the country.

In an interview on TV3’s Showbiz 360, Bukom Banku stated that his new ‘dancehall’ song, ‘The Lighter’ is eligible for nomination and thus should be awarded the Dancehall Song of the Year in the next VGMA awards.

However, he disclosed that though, Shatta Wale and Stonebwoy are the real dancehall deals due to their following, he likewise commands large following to deserve the ‘Dancehall King’ crown.

“If Ghanaians don’t give me this award, I will stop everything in television. I won’t talk to any media again,” Bukom Banku stated.

He further pleaded with the President, Nana Akufo-Addo, to use his influence to award him for the song. 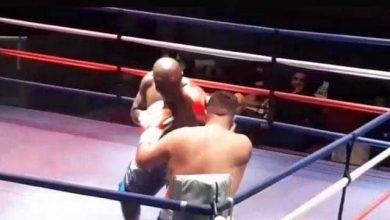