Reverberations from the shocking 2016 U.S presidential election are still feel felt daily. After three years of rule under Donald Trump, the country is more divided than ever…

With zeal, his supporters cheer on controversial statements, disdain for global warming and a plan to build a wall along the border. However, the resistance is growing and no more so than in the entertainment industry, with several powerful stars not only criticizing current policy, but teasing political runs themselves…

Trump’s 2020 re-election bid is around the corner and his greatest threat may come not from established politicians, but rather popular stars. 1xBet, the world’s leading sportsbook, has early betting on who will win. You may agree that a couple of them are distinct possibilities to occupy the White House:

Katy Perry
Could 2020 be the year we hear Katy Perry truly ‘roar’? As a fervent Hillary supporter, the megastar has been extremely vocal with her disdain for the current administration.

But would she run? While it seems like a longshot to most, eyebrows were raised after she posted a picture alongside former presidents Bill Clinton and George W Bush with the caption: “ 42, 43, 46 ?!” This is a clear reference to Clinton being the 42nd president, Bush the 43rd and Katy perhaps the 46th…
While it may have initially been a joke, her fans have been quick to pounce on the idea. But, with upcoming nuptials to actor Orlando Bloom, Katy could become a bit distracted from a political run for office.

Susan Sarandon
Susan Sarandon raised the ire of many when suggesting that Bernie Sanders not support Hillary Clinton in the 2016 elections. With socialist tendencies, this left-winger continued to spew out controversial statements after Trump was elected.

Doubling down on her anti-Hillary stance, this star further isolated herself from many on the left by praising Trump for “inspiring more woman of colour to run for office”.This firebrand could well shake up the political landscape if she intended to make a play for the White House.

Kanye West
Teetering between brilliance and insanity this rap superstar has already announced his intention to run for office. At the MTV Video Music Awards he left fans flabbergasted by saying” Yes, as you probably could have guessed by this moment, I have decided in 2020 to run for president.”

While anything Kanye says (or tweets) should be taken with a pinch of salt, many believe that the presidency is the power and prestige that he craves. A possible obstacle to a 2020 run would be his bromance with the current US president. But, perhaps if Trump is impeached or decides not to run, he would endorse Kanye as his successor…

While he’s brushed aside calls to run for office before, if the situation gets any bleaker, George could well be the man to pick up the pieces…

Dwayne ‘The Rock’ Johnson
The Rock is a cultural icon and has the advantage of being loved by people on both sides of the political spectrum. While he’s on record as stating that there are no planned political runs in the near future, the almost deafening clamour from fans could well sway his mindset.

Mark Zuckerberg
It’s been a bad couple of years for the billionaire, with the heat being turned up on facebook from all quarters. But after an impress display testifying to Congress, Zuckerberg proved that he could be a formidable force in Washington.

With the power and influence of the greatest social media platform in history behind him, Zuckerberg is a serious contender if he entered the race.

The list doesn’t stop there, as no doubt you too have identified other possibilities. Well, if you’ve got a hunch on who will be the 46th President of the United States, then now is the time to profit! Visit 1xBet, where you’ll find the best odds on tons of options form both the political and entertainment world! 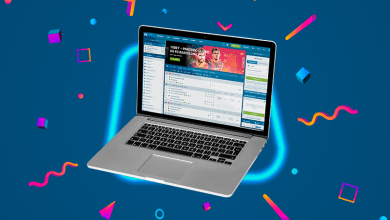