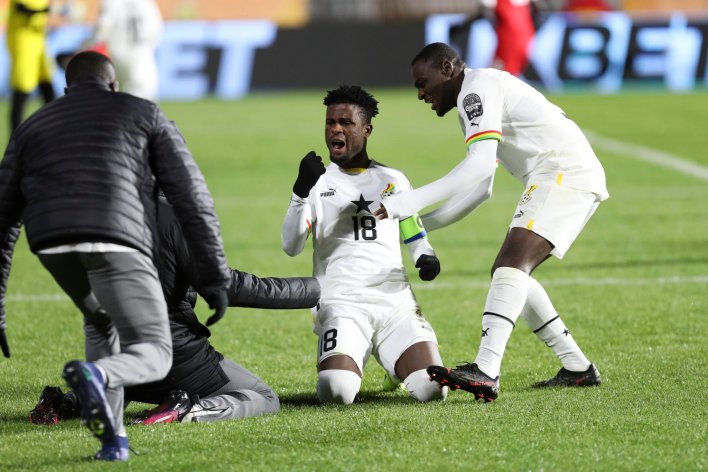 After an outstanding second half performance, the young, spirited football team defeated Sudan after coming back from a goal down.

The victory has given the country hope that it would survive the group stage.

They lost to Madagascar in their opening Group C match, and were in danger of going out of the competition against Sudan in the first half.

The Black Galaxies recovered after falling behind in the 31st minute, but Konadu’s close-range shot right before halftime gave them the equalizer.

Ghana was awarded a penalty in the 63rd minute after Afriyie Barnieh was brought down in the box and the striker converted nicely to put the Black Galaxies ahead in the game.

Barnieh scored again on the 79th minute mark, but the goal was overruled as offside after the VAR Check.

Substitute Seidu Suraj added a third goal minutes to the end of the match to give a 10-man Ghana a comfortable lead in the game.

The goal just after stand-in Captain AFRIYIE Barnieh was shown a red-card minutes into additional time.

The win will see Ghana through to the quarterfinals of the competition with Sudan set to face Madagascar in the final match of Group C.

Ghana, Sudan and Madagascar have all been awarded three points as announced by CAF following Morocco’s absence from the competition.