Daud, a constituent of the underground Magma erupting from the City of Tema as far as rap music is concerned has dropped his much anticipated VIRAL mixtape.

The title VIRAL was selected for several reasons; one of which is an abbreviation for VOLITION IN REALIZING ALL LONGINGS and features a total of 8 songs. Other reasons include a mission statement for how far he intends to go with the mixtape as well as how consumed he is with the rap “virus.” (which he represents on the front cover with a bodyless head).

The mixtape is mainly a collection of cover versions of songs that have monumentally influenced his rap career as stated on the back cover of the project We hope you enjoy listening to this project as much as we did!

Stream “Viral Mixtape” by Daud below 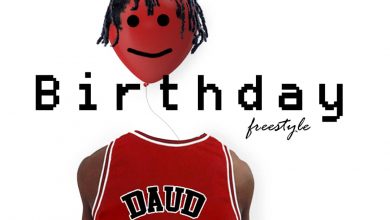 March 7, 2019
Newsletter
Enter your email address to subscribe to this blog and receive notifications of new posts by email.
Spanking New