Award winning Ghanaian producer DJ Breezy certainly stands firm as a monster hit producer after churning out multiple bangers across the continent over the past few years.

He is back again with a heavy collaboration of the hottest young acts in the nation and it’s with no doubt going to pass for the ultimate Christmas 2018 jam.

Kuami Eugene, Darko Vibes and Kwesi Arthur lay their unique separate verses on the DJ Breezy produced beat which is being prepared for release early November.

This highly anticipated song is the first exclusive single to be released off DJ Breezy’s upcoming “Life of a Producer (L.O.P) Album”.

See exclusive photos from the video shoot below. 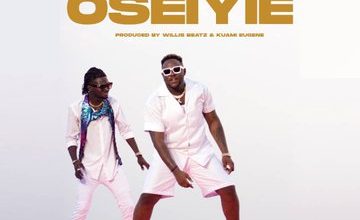