Producer, Dream Jay commences the new year with ‘Cure My Craze’ featuring dancehall gem, Eye Judah. The song comes off as the first single off his forthcoming ”Sounds of Yuri” album slated for release this year.

‘Cure My Craze’ basically talks of how his sweetheart satisfies him with ‘good good loving’. Praising her for the natural stature she owns, Eye Judah goes more sexual as he reveals how he rises to the occasion when his sights are set on this girl.

Dream Jay after returning from South Africa mid 2017 announced the impending release of his first ever album as a producer, a project he claims to have been working on and finalizing for sometime now. He is well known for single-handedly producing Epixode’s ten-track maiden album dubbed ”Spar Junkiez” back in 2016 and his awesomeness didn’t end there as he went on to produce more hit songs such as M.anifest’s ‘god MC’ which caused a stir in the game a few months ago.

The album is expected to feature top acts like Trigmatic and a host of international acts from South Africa, Trinidad and Tobago and Jamaica. Music critics are bound to tick this single one of the good projects of 2018. 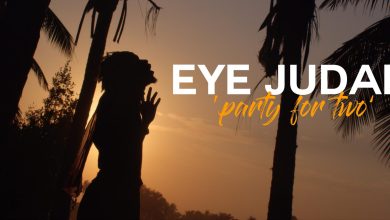