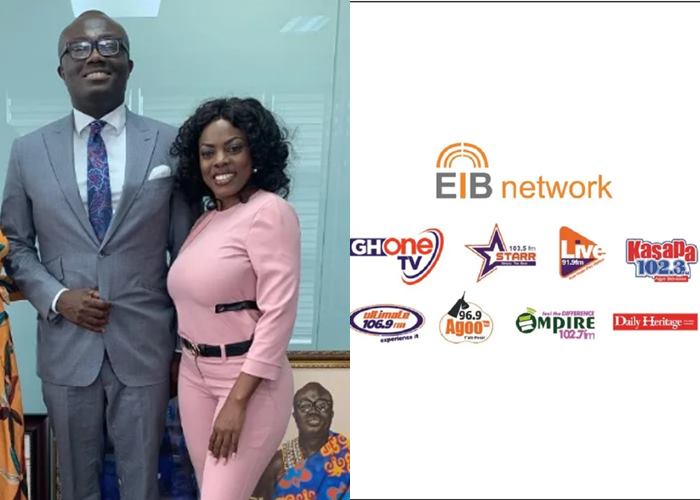 According to reports, the management of EIB Network has allegedly laid off aggrieved staffs following their demonstration over unpaid salaries.

The report said some employees who are owed salary arrears up to nine months by EIB were reported to have protested at the premises of the media house.

Following the protest, which commenced on Monday, July 4, 2022, the management of the firm has allegedly suspended all the staff members who engaged in the protest. They were directed to stay off-air with immediate effect.

Meanwhile, some journalists have taken to social media to criticize the management of EIB over the incident. Regardless, the staff of EIB have remained tight-lipped about the ongoing situation due to fear of getting fired.

Ebenezer Donkoh (NY DJ) of YFM said, “Management has directed all aggrieved workers who participated in the demonstration to stay off air until further notice.”

She tweeted, “You can never call someone who has worked for 3 months or even 11 months without pay anything short of loyal. Stop abusing your workers by hiding behind loyalty and pay them! They have families. How do you expect them to feed, when their bosses are lavishly flaunting their wealth?

“Telling your employees to tighten their belts while you have loosened yours!” she added.

However, the Acting Manager, Nana Aba Anamoah and CEO, Bola Ray are yet officially speak or address the situation at hand.