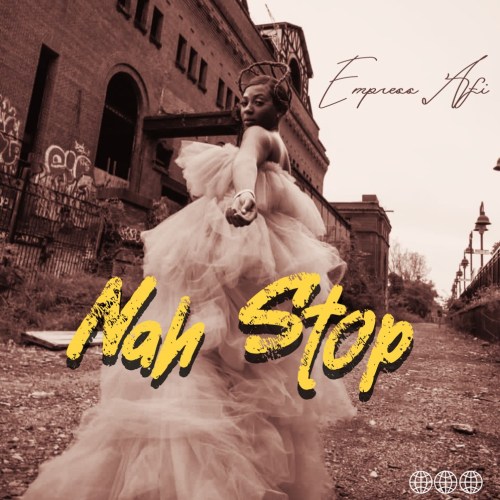 ‘Nah Stop’ is the latest release from the Afrobeat/Afro Dancehall star, Empress Afi and is up on all digital streaming platforms worldwide here: https://ditto.fm/nah-stop

Empress Afi’s new Afro-Dancehall single ‘Nah Stop’ is one straight from the shoulder – a gripping tale enveloped in the crisp vocals of the singer as she gives an ear catching outlook on her grim experiences with people of dubious character and the ensuing “bad bad” vibes in the collectedness of a blessed child.

‘Nah Stop’, though concerned with moving past negativity is much interested in overcoming it in strength and determination. As such, it walks listeners through Afi’s quest to the top in a somewhat intriguing way; one enhanced by hardcore lyrics that have the Bronx-based artist shine in an angel’s light, while she unleashes the little hell in her with lines like, “You see, Jah nah go vex if me buss di gun”.

Sharing details of her new song with our source, Empress Afi said, “Nah Stop covers some of my bad personal experiences with people – how I was judged and mistreated by them beforehand. It’s about my destined rise to the top because as it is said, ‘who Jah bless no man can curse’’. There’s lots of quality from Afi over the song’s entire 3-minute span, the most notable being how she unravels her ordeal in lyrics which set the rather muted production on fire.

Still rising up the ranks of fame, Empress Afi (Maureen Efua Miezah) is an American born Afro-Dancehall singer-songwriter of Ghanaian descent. She is heavily inspired by Dancehall culture and its biggest stars – Popcaan, Chronixx, Buju Banton, etc., next to Africa’s very own, Afrobeat.

But leading up to all this new and budding acclaim was an old one, thanks to SOB Dancers – a dance group Afi was part of since its formation in 2013. The group would go on to perform alongside the likes of Bisa Kdei, Jay Ghartey, Keche, Stonebwoy and more before Afi made her bold switch to music in 2017.