The self-produced single, which comes off as energetic and striking was inspired by Erby’s own life experiences, in a bid to help galvanize the masses. In a phone interview with Erby, the act shed more light on his motif: ”I found myself amid a lot of cool people doing what they do, but that was hard and I knew in order to survive I’d have to walk my own path. ‘Different Things’ was made for the many people who are going through a lot just because they chose a different path in life…”.

”It’s also for those who have been hated just for being the best at what they do. I felt I had to use my voice to help free people trapped in these dark moments, because they need guidance to the light”. He concluded, ”Trust me, we’ve all been through difficult times and I know it’s very hard to come back strong, but if you listen to this song you’d be inspired”.

Prince Aboagye is a 21-year-old producer and songwriter, widely known under the pseudonym, Erby. Although professionally on scene for barely a year, Erby already enjoys acclaim for producing one of Ghana’s hottest songs – RJZ’s ‘For Life’. He’s shooting for the moon and with a knack for amazing vocals, the stage is his for the taking. 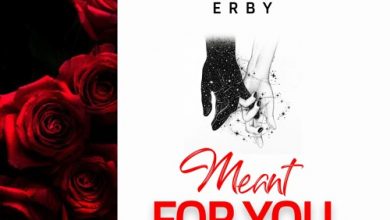 August 4, 2019
Newsletter
Enter your email address to subscribe to this blog and receive notifications of new posts by email.
Trending