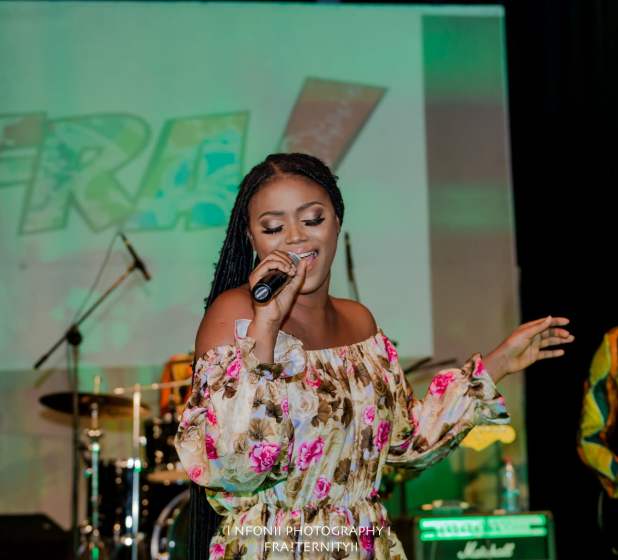 Although Valentine celebrations are mostly couple centred, lately, the day has also been used to show love to the less privileged with many charity events being held.

One such event is the upcoming United Nations High Commissioner for Refugees (UNHCR) sponsored the Greatest Gift Charity Concert which is planned for the Labadi Beach Hotel on Wednesday, February 6.

The Concert is intended to raise funds to back the LuQuLuQu Campaign. The LuQuLuQu crusade is a collaborative effort by the UNHCR and prominent African personalities and organisations to promote the values of sharing responsibility for one another, and sharing resources in support of displaced people.

A number of artistes have been billed to perform including songstress, eShun and she is hopeful of putting up a good show on the day.

In a conversation with Graphic Showbiz on Monday, the Someone Loves Me singer said she is very excited about the upcoming event.

“February is here and the talk will all be about love but I don’t think love should be limited to couples but rather, shared among ourselves.

That is why this event is a laudable initiative since proceeds from the sale of tickets will go to support refugees around the world,” she stated.

eShun’s benevolent projects earned her an appointment as a High Level Supporter for UNHCR’s West Africa ‘Statelessness’ campaign in 2017. Since then, she has used music to promote such humanitarian ventures.

To be hosted by Ghana’s Giovani Caleb and Kenya’s Amina Rabar, the event, with tickets going for GH¢300 for VIP and GH¢200 for regular, will also see performances from Nigeria’s 2Baba, KiDi, Okyeame Kwame, Adina and Kuami Eugene. eShun is releasing her debut album titled ‘Seven’ soon.