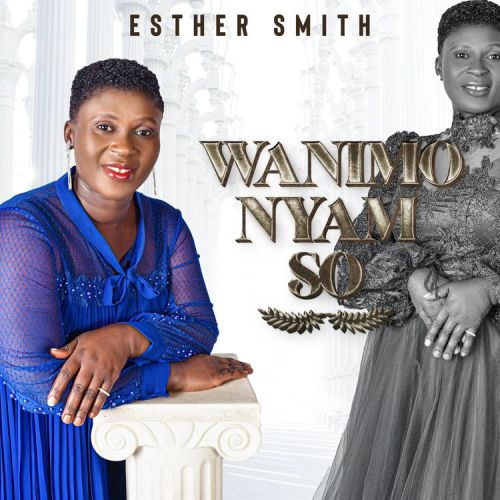 The renowned gospel performer Esther Smith has returned to the gospel music world with a new album titled Wanimonyam So after taking a ten-year hiatus to work on some personal projects (Your Glory Is Great).

The songs on the album combine traditional and contemporary musical instruments with catchy rhythms in an effort to appeal to gospel music fans in Ghana and elsewhere.

The new album, which was released on October 9, according to Esther, one of the greatest gospel musicians with widespread acclaim, has the potential to be a big hit on the Ghanaian music scene.

Esther Smith, who is known for hit songs like “EbiNsi Da,” “MedaWase,” and “Onyame Ye Nyame,” among other songs, is optimistic that her new album would touch the hearts of many Ghanaians, including Christians, and enable them to experience breakthroughs in their life.

She has gained recognition as a talented singer since she first entered the gospel music market a few years ago, and her uplifting songs have had a progressive influence on the gospel music scene in Ghana.

The album’s lead single, “Wanimonyam So,” is a slow-moving praise song that is appropriate for all Christian events and may be enjoyed by everybody.

The song emphasizes God’s faithfulness and the need for Ghanaians to thank Him as long as they are on this planet.

The album, which is 39 minutes long and encompasses the genres of hip-hop, afrobeats, highlife, and soul, also includes performances by Afrifa, Shar, and Emens.

Esther Smith hopes that the uplifting songs on her brand-new album will shatter barriers just like her earlier works.

Listen and download ‘Wanimonyam So’ by Esther Smith below.