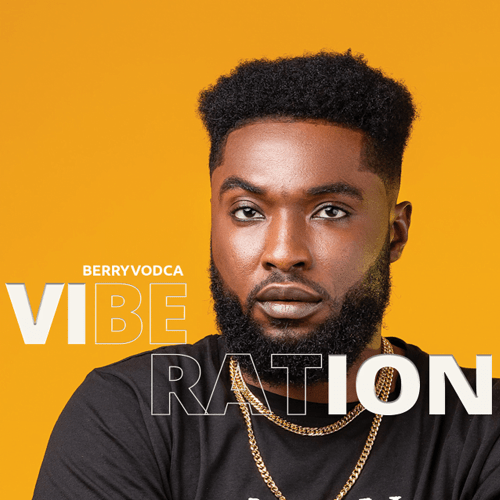 Expensive Music, an Accra-based music label officially steps out into the music market with the introduction of one of their Label Acts, BerryVodca.

BerryVodca who is a tautened Rapper, Songwriter & Performer is due to release his maiden body of work under the label this week.

“Viberation” he calls it is the title of the 4-tracked EP; which is available on All Digital Stores.

For Rapper BerryVodca, he’s been waiting for a moment like this to fully unearth his craft and showmanship. The versatile Rapper, a fine looking gentleman, took his time to study the game before officially outdooring himself under a label, Expensive Music.

Accra, Ghana’s capital city has long been the continent’s most influential pop-culture and entertainment centres, particularly with music. From nurturing genres that were once considered ‘underground’ to becoming Grammy-worthy entries, there are all indications that the potential of music in Africa as a whole has barely been scratched. Every day, the ‘new’ and ‘pop’ sounds take a distinctly African flavor and innovate, not just to please their local listeners but also become globally relatable and acceptable. Although we’re yet to see more young and new musicians take on the main stage in the African music landscape, there are a few promising and fascinating acts defying the cookie-cutter Afrobeat signature and carving their own niche, a class that BerryVodca belongs to.

Born and raised in Accra, Ghana, Isaac Oduro, also known as BerryVodca is an amazing musician who specializes in genres like Rap, Hip hop, Afro beats, and Afro fusion. He is an exceptional musician who enjoys to blend his Ghanaian and African culture with international or western culture to create the perfect music that would go beyond the borders of Ghana and Africa. Culture is reflective in his musical approach, esthetics and demeanor which carries a punch of introspection as she speaks in various native dialects.

About His Maiden EP — “VIBERATION”

“Viberation”, BerryVodca’s maiden EP is a power packed mini album, a finely crafted collective by the confident rapper with 4 songs listed for it. It is a fusion of Hiphop, Hiplife, Afropop, Afrobeats, and Afro fusion sounds.

The idea of the EP is to present a youthful rhythm for the modern market of music tastemakers and fans of the new wave. With the mindset of urbanized sounds, the EP has a very visible African originality, stemming from Ghana, his motherland. BerryVodca believes his music will inspire, liberate and empower the youth to be the best of themselves. He’s got all it takes to take the industry by storm.