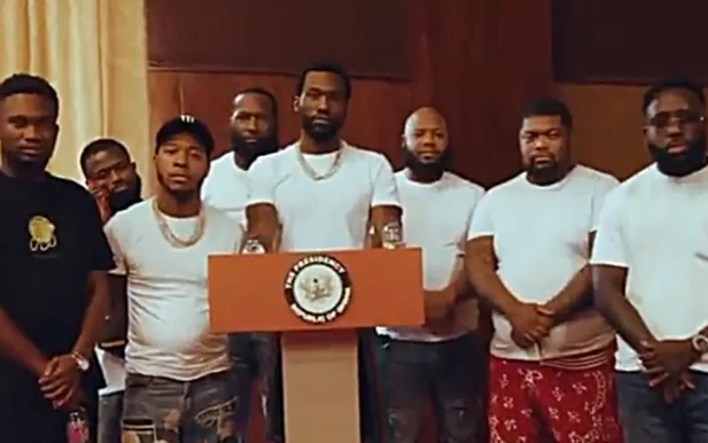 American rapper, Meek Mill, has issued an apology to the people of Ghana for shooting a music video at the Jubilee House.

The troubled musician, who received a lot of negative feedback on social media, apologized on the same platform on Monday night.

He claimed that he never intended to offend Ghanaians and that he only wanted to connect with the nation through his songs.

My apologies to the people if any disrespect! We still gonna push to make the connection between black people in America and Africa … what I’m trying to do is more than a video and you should see coming soon! My apologies to the the office also!

Contrary to popular belief, Meek Mill continued that his goal for such video was to project Ghana on American media and strengthen the connection “between black people in America and Africa.”

He also apologized to the office of the President.

Meek Mill came under fire for performing in the video at the Jubilee House, one of Ghana’s most secure locations.

Drone footage of the Jubilee House and President Akufo-Addo’s podium which he uses to address the nation, were captured in the teaser. 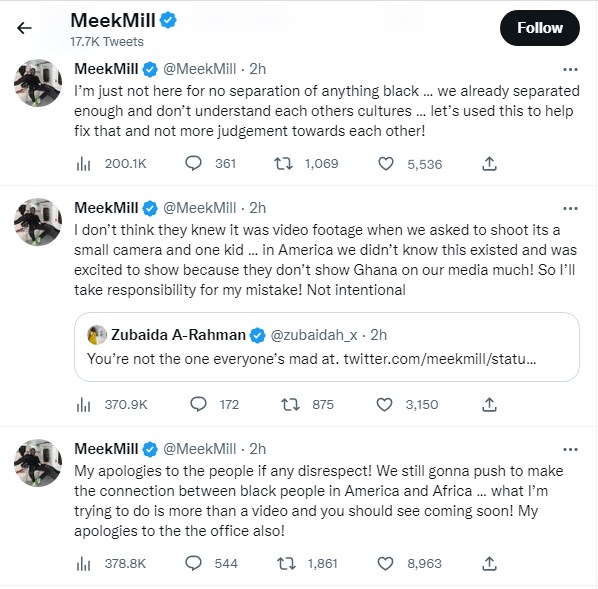 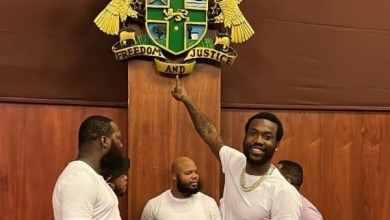 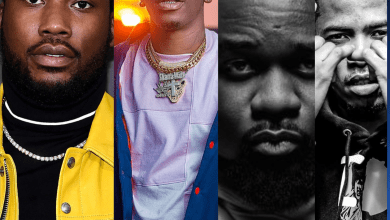 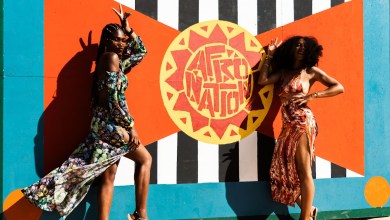