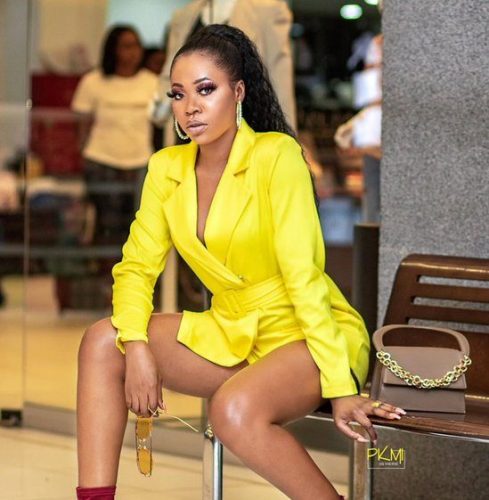 Ghanaian Female rapper, Freda Rhymz comes forth with this new song titled “KMT” which is being interpreted as a reply to Sista Afia’s ‘WMT’

Though she didn’t make mention of anybody’s name, Freda Rhymz in the song threw jabs an unnamed musician who has switched lanes from High Life to rap music.

In a verse she stated that, “Emotional singers turned rappers, who gave you mic to rap, High Life isn’t going well so are coming to swap, who dey drop a diss song then go online to cry, emotional singers … I’ve said what I said and it is what it is,” Freda said on “KMT”.

However, listening carefully to the song, one can easily conclude that Freda Rhymz’ “KMT” is likely a reply to Sista Afia’s “WMT”.

Check it out below: