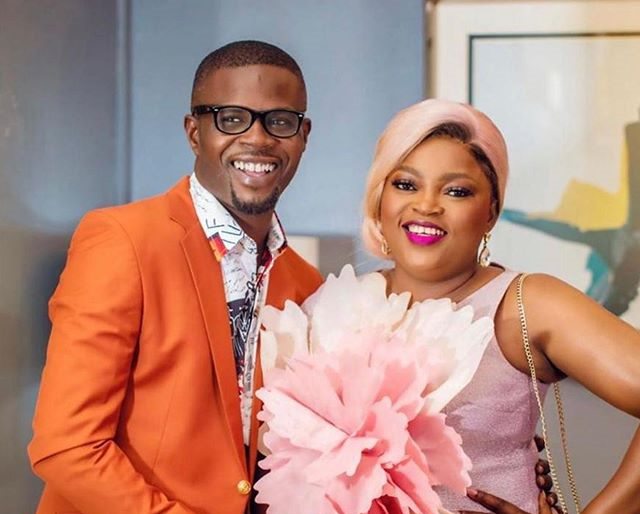 Nigerian actress, Funke Akindele and her husband, Abdulrasheed Bello known as JJC Skillz has officially confirmed that their marriage has ended.

The divorce announcement was made by, JJC Skillz on his Instagram handle.

“While it lasted we share a lot of things together and don create two beautiful children,” a part of the statement read.

He confirmed that their marriage had been extremely difficult for the past two years, hence their relationship is beyond repairs now.

“I know I have tried my best to fix things but I believe it is beyond repair now.” JJC Skillz said.

He noted that apart from meeting her at the AMVCA, he had not had the chance to discuss the future of their relationship since Funke insisted him to move out of the house three months ago.

Funke ‘Jenifa’ Akindele and her husband, Abdulrasheed Bello are now living their separate whiles the issue of who keeps custody and wellbeing of their children are addressed.

“I’m making this announcement so that the public is clear that we both are pursuing separate lives.” he added.

Funke and JJC Skillz who got married in 2016, have a set of twins from the marriage.

This is her second marriage, as her first marriage with Adeola Kehinde Oloyede ended after a year in July 2013 due to irreconcilable differences.

Meanwhile, Funke Akindele is yet to comment on the issue.

However, she has put her acting career on hold amid her political ambition to contest for Deputy Governor on The People’s Democratic Party’s platform.