A Public Relations Member at the Accra Psychiatric Hospital, Emmanuel Appiah has said the facility will give Funny Face who was recently ordered to seek an examination at the facility the best of care.

He said what the comedian needs now is the show of love and not insults and attacks as some have directed at him.

The Ofaakor Circuit Court presided by Ebenezer Osei Darko has ordered Ghana Police to send Funny Face to Accra Psychiatric Hospital explaining that he does not sound normal.

The judge said Funny Face could be having a mental crisis and possibly going through depression.

Speaking on Frontline on Rainbow Radio 87.5Fm, Mr. Emmanuel Appiah indicated that he [Funny Face] is not the only personality to be experiencing depression.

He said even Prince Harry in the United Kingdom suffered depression.

He said MzVee, a musician recently came out to share her experience with depression and so Funny Face is not the first and won’t be the last.

He said it is not easy to be a star and depression sets in if care is not taken you would be facing problems.

“No matter what Funny went through, he will recover. We will put in everything we know to help him recover,” Mr Appiah said. 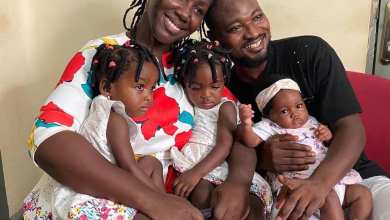