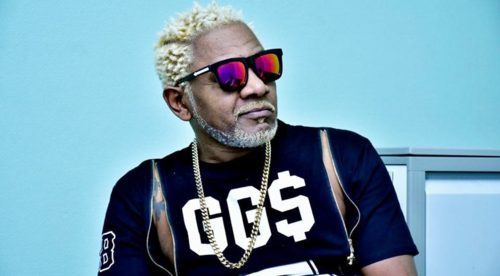 According to him, Highlife, which originated from Ghana, has inspired different styles of music in Congo.

“It is a testimony. They told us that our music comes from Ghana. Yes, Rumba. They start to listen to Ghana music,” he told Lexis Bill on Personality Profile on Joy FM’s Drive Time.

Awilo Longomba added that his father, who was also a musician, learnt Highlife music from Ghana as early as the 1930s.

“This Highlife music, I have many testimonies. This music inspired Rumba music. My Dad talk to me….Since 40s, 50s, before 50s…The year 1930. You don’t know you have a big music here,” he said.

Rumba music is a popular genre of dance music which originated in the Congo basin during the 1940s.

Awilo Longomba is one of the most prominent composers of ‘Rumba’ music and has performed all over the world with his band.

He is also credited for popularizing ‘Soukous’, a type of music derived from ‘Rumba’.

The musician has produced several hit singles including ‘Coupe Bibamba’, ‘Gaté le Coin’, ‘Karoline’ and many others.

Watch the video below for more: