This comes as a shock to many despite the fact that the ‘Duvet’ segment is a program about Sex and Style.

It is somewhat tragic as we find ourselves in the midst of the pandemic and as to why the TV channel showed hardcore pornography, whiles the President and his administration continue to draw measures to help combat the Coronavirus.

However, some Ghanaian’s vented their annoyance at the TV Channel for broadcasting such substance during such time, whiles some have called for them to be banned or suspended from TV.

The National Communication Authority (NCA) is in at any rate yet to comment on the unfortunate circumstance.

We can’t give you pictures and video proof of the substance as we regard it inappropriate to host such materials on our site. But you can follow us on Twitter for such content via @dcleakers.

See the response of some Ghanaian’s underneath:

GhOne Is Really Messing Up With This Duvet Program

In A Time When There’s A Lockdown And Kids Are Home, They Can’t Be This Irresponsible

This Is Shameful, Unprofessional, Unnecessary And Must Be Condemned By All

The Powers That Be Must Look Into This

Duvet has been showing on GhOne for some time now. Giovanni used to host that show before leaving for Media General. That show is all about sex. Dont be tweeting nonsense because of ignorance.

GhOne Premium is at our service this quarantine 🙏🏾🙏🏾 pic.twitter.com/q7DaFJwqFz

The GhOne ankasa dem for close am down! Kai!

As Nana Addo was was making Ghanaians happy by absorbing bills,
Ghone was also injecting more adwaman into the veins of Ghanaian youth 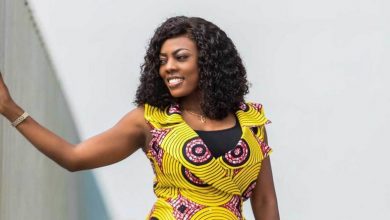 February 11, 2020
Newsletter
Enter your email address to subscribe to this blog and receive notifications of new posts by email.
Trending