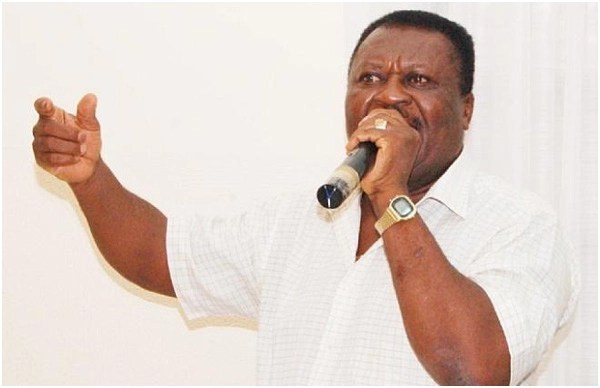 Highlife legend, AB Crentsil, has been pronounced dead according to reports.

The highlife singer and songwriter died at the age of 79 years.

His death was confirmed by veteran sound engineer, Fred Kyei Mensah better known as Fredyma who took to his Facebook account to celebrate the singer following his death.

“FAREWELL AB CRENSTIL. The original composer and singer of the famous and controversial songs, ‘Moses and Atia’, AB Crenstil, has died! He had a stint with a lot of bands before joining the Sweet Talks Band with Smart Nkansah and then his own band, Ahenfo. His hit songs, ‘Juliana and Obi ba wiase’, cannot be forgotten,” the post read.

Fredyma confirmed that the veteran singer died after battling with illness.

Meanwhile, Ghanaian musician and fans have poured their tribute for the late singer.