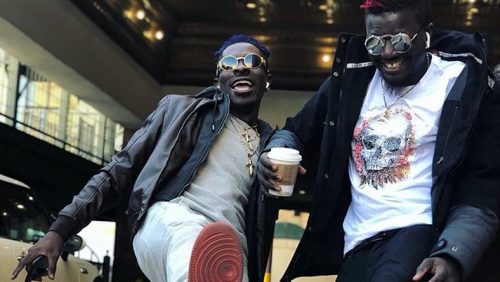 Hiplife artiste Pope Skinny has once again called out Shatta Wale over their ongoing feud.

While thrilling the crowd at the Odwira Unlimited concert at Akropong, the Akuapem native stopped midway through his performance to explain to the crowd the reasons why he is longer friends with the ‘Melissa’ hitmaker.

He explained that he still considers Shatta Wale a brother and is still surprised that his role as a peacemaker in the life of the self-acclaimed dancehall king led to their fallout.

”There can never be a friend like Pope Skinny in Shatta Wale’s life. I love my guy. I show am so much love. I never wrong am in anyway. He just get problem with his brother and he knows that Pope Skinny is the one that will beg for that brother. “So he say I for clear Pope Skinny,” he roared to the excited crowd in pidgin English.

The Akuapim rapper has already recorded a number of diss records since their fallout. September 22, 2020
Newsletter
Enter your email address to subscribe to this blog and receive notifications of new posts by email.
Trending