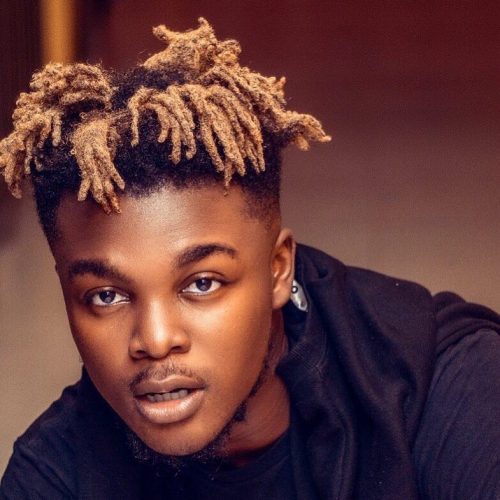 Ground Up Chale signee Quamina MP is of the greatest conviction he will become the president of Ghana and what will make him distinct, apart from his capabilities, is his dreadlocks.

The rapper who hopes to nurse the childhood dream in an interview with TV3’s MzGee mentioned that he will further his education before long in order to acquire more knowledge.

“I’m gonna go back to school soon. I’ve said I’ll be president. Without school, I cannot be president so I’ll go back and study,” he said.

Asked if his chances of becoming a president will not be affected by his decision to lock his hair, Quamina MP answered: “Oh yeah. But there is nothing wrong with the dreadlocks. [Though there’s never been a president with dreadlocks], that doesn’t mean someone with dreadlocks can’t be a president. Presidency is not about looks; it’s about how you think and what you can do.”

He continued: “Why won’t you accept me? I’m not a bad person. I let people dance, I motivate young folks. I think I’m even in a good position to be a president.”

Emmanuel Ato-Kwamena Amonoo, as the musician is known in real life, dropped out of university due to financial challenges.

“After I dropped out of school, I had to ‘perch’ with a few friends in a studio and that is where I became serious with my music. I really had to start another struggled after the studio burnt down,” he is on record to have said.

The hardship was profound to the extent that he did not have the means to visit the barber shop, hence the dreadlocks. 3 weeks ago
Newsletter
Enter your email address to subscribe to this blog and receive notifications of new posts by email.
Spanking New