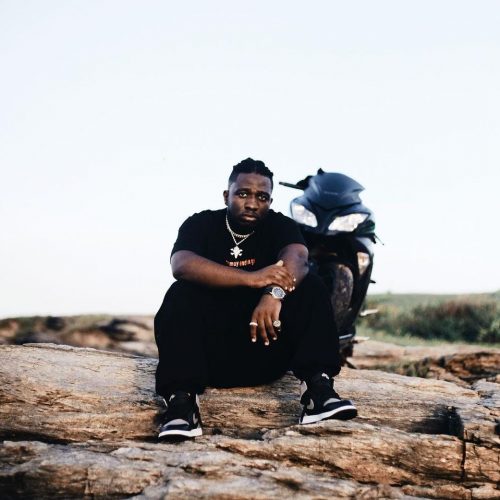 ‘’If red wine was to speak, what will it say?’’. Definitely the type of conversations reserved for passionate nights, solely fuelled by the lush vibes of ‘’Red Wine Conversations’’. Intoxicated with intimacy, serenade your lover with this 6-track EP by the rising Ghanaian-based Alté star, Jay Cliff, who wishes to break into the global Alté scene.

‘’Red Wine Conversations’’ boasts of 6 features which include the likes of $pacely, Ayüü, Efya, Kaygee ADN, Moor Sound and Töme. Serving as the record’s executive producer, Moor Sound also stands in as Jay Cliff’s aide for sound direction and writing.

‘Red Wine’ serves as the EP’s opener and fittingly so. Jay Cliff gets the feel going by making his intentions crystal clear from the get go. That type honesty that comes with being drunk is the energy at play on the Moor Sound production, amid some crisp vocals from Cici Yeboah. Keeping the emotional pace unbroken, ‘Remember’ slips in. The act, backed by $pacely and Ayüü reminisce about the things done and said after a night off that good red wine.

Up next is ‘Island Girl’ which has producer Moor Sound aboard to lay in some sweet-sounding vocals. Jay Cliff does same, but delivers in Twi for the first time on this Afrobop record. ‘Chargie’ slots in as track 4 and is a definite Afro swing banger. Produced by theFlowerpapi, Jay Cliff tags sensational Canadian artist, Töme, to help deliver a high confidence tune about their current state of emotions and situationship.

SL-based producer, KillerBase handles Jay Cliff’s next beaut sound, ‘Vybz & Chill’. Laced with smooth strings and head-bopping drum progressions, the song features Sierra Leone-based star, Kaygee ADN to get its message out – intimacy is all about the vibes! Finally, Jay Cliff and four-time VGMA ‘’Best Female Vocal Performance’’ award winner, Efya wrap things up in grand style on ‘No Time (Bonus)’. Both put up a harmonious vocal performance that rests gracefully atop the Daniel-produced sound.

Jay Cliff is on to something and ‘’Red Wine Conversations’’ is bound to play a critical role in his lay up to success.