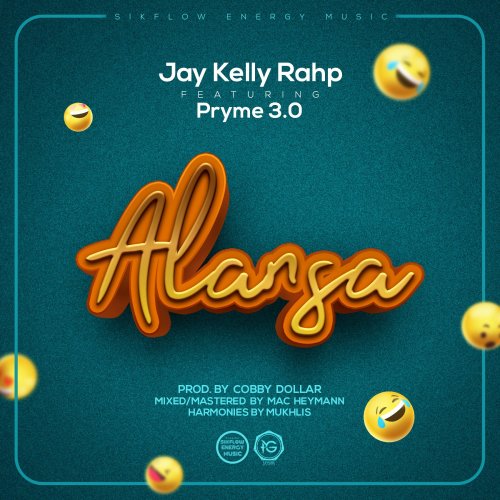 Ghanaian recording music artist and performer, Jay Kelly Rahp under the imprint of Sikflow Energy Music dishes out a new song titled Alansa. He teams up with Pryme 3.0 on this danceable afrobeat joint produced by Cobby Dollar and Mixing/Mastered by Mac Heymann.

The song ‘Alansa’ is centered around two very pertinent issues in our society. It sheds light on the repercussions of not taking formal education seriously and teenage pregnancy.
Kindly listen to ‘Alansa’ below and share your thoughts with us.

About Jay Kelly Rahp
Jay Kelly Rahp is a multi talented Rapper, Musician,sensational producer and a groundbreaking performer born and raised in Ghana, West Africa. He has won the hearts of many music lovers with his amazing rap skills,club bangers and afrobeats vibes.
Jay Kelly Rahp has been on the radar for many music lovers since the release of his debut album, THE EARPEACE in 2019 and has performed his music on quite a number of local platforms.