Joselyn has carved a reputation for herself as a great presenter and host, recently signed on to co-host Joy 99.7fm Drive Time show. She is no stranger to the big stage having hosted the 3 Music Awards and other big shows both in Ghana and abroad.

Born Joselyn Canfor-Dumas in Ghana on August 31, 1980, she had her basic education at Morning Star School and proceeded to the Archbishop Porter Girls High School where she became the Entertainment Prefect.

Joselyn furthered her studies in the United States where she earned a Degree in Administrative Law. She was a practising paralegal until she relocated to Ghana to follow her dreams of becoming a Television personality.

She made her debut Television appearance as host of Charterhouse’s Rhythmz, an entertainment show, which saw her interview many celebrities. She was later headhunted by Viasat 1 to host their flagship talk show, The One Show, which was aired from 2010 to 2014. The 2018 Ghana DJ Awards will be the first ever major show to be hosted by the award-winning actor Prince David Osei who has been outside the country for some time.

Prince David Osei is a famous Ghanaian actor, model, producer, director and a philanthropist. He is very handsome, creative and talented.

In 2005 he joined the Ghana Movie Industry (Ghallywood) and started attending movie auditions and was selected for minor roles. In 2006, Prince David Osei rose to fame after starring in the blockbuster movie “Fortune Island” which gave him an award as Best Actor of the Year in Ghana at the City People Entertainment Awards

This year’s edition of the Ghana DJ Awards which comes off live at the Accra International Conference Centre on Saturday, May 5, is one of the keenest in recent times with very competitive categories including a lifetime achievement award which, according to organizers Merqury Republic, will be presented to veteran DJ, Mark Okraku Mantey. The Ghana DJ Awards was created to celebrate and appreciate the talents of Disc Jockeys (DJs) who promote Ghana music. The Awards is an exciting annual program designed to foster the development of the Ghana music industry by rewarding and celebrating Radio, Mobile and Club Disc Jockeys who have excelled in their fields of endeavour. It is, actually, the only national award scheme in Africa that appreciates and celebrates DJs for their work. It is also a platform that rewards veteran DJs who have blazed the trail in the music industry over the year. 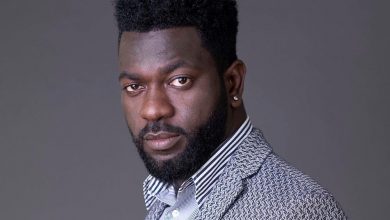 Ghana DJ Awards to hold workshop for DJs on November 20