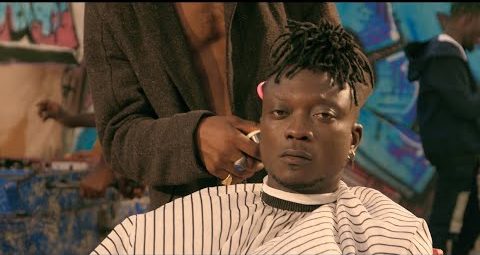 After almost a year since its release, ‘Ekorso’ is still the go-to song in the streets of the capital city, Accra. The song’s influence also spans from the small city of Bantama, where Kofi Jamar lived most of his life, to most parts of the country, Ghana. Such great talent visions to put Ghana and his city on the major globe. Spreading light, inspiration, positivity and love through his musical craft, he believes music has healing elements to evoke emotional responses.

Regardless of this feat, the artist still aims at reaching more music lovers across continents with his art and diversity. To prove his diversity, Jamar promises to deliver great music while interchanging genres on his upcoming EP,

Kofi Jamar’s influence on drill music is highly regarded in the Ghanaian space. But with “APPETITE FOR DESTRUCTION” EP, the ‘GADone Records’ artist dishes out from both Afrobeats and Soul HipHop. “APPETITE FOR DESTRUCTION” EP tells his story and struggle to reach this pedestal in the world’s music industry. The 6 track EP features guest verses from fellow Ghanaian acts, Fameye, Quamina MP, and Tulenkey who joined forces on Track No.2 dubbed,”Meye Gee”. Also, Track No.5 on the EP features award winning Nigerian singer Teni.

Young, gifted and black King from Ghana, Kofi Jamar, aims at continuously forging his prominence in the music industry through passion, ambition, and steady growth. “APPETITE FOR DESTRUCTION” EP carves the path on which he begins his impending strides of influence and significant growth.

Opening the chapter for the visual aspect of the extended play, Kofi Jamar premieres the official video for the second track on the EP titled ‘Meye Gee’ featuring Fameye, Quamina MP & Tulenkey.