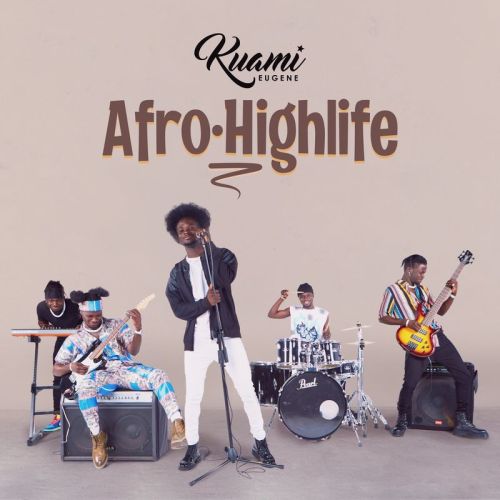 Ghanaian Afrobeat/Afropop singer-songwriter, Kuami Eugene made a dauntless statement a week ago on twitter with regards to how foreign songs have taken over the Ghanaian airwaves and party scenes.

In a reply to a fan who called on him (Kuami Eugene) to save the non-performing Ghanaian music industry, he said;

That’s the main reason why I’ve been quiet for some time now. Give me now till December. I will flood the system so bad, there will be no room for Foreign music. That’s if our very own people don’t fight it as Usual.

As a man of his words, he kept to it. Shortly after the tweet, Kuami Eugene shared the album cover of an extended play which he intends embarking on this mission with and it is entitled ‘Afro-Highlife’.

Before it’s official release, Rockstar as also called gives listeners a sneak peek of what to expect on the project with a song titled ‘Bunker‘.

This is Kuami Eugene’s second official single release so far this year, a follow up to his monster hit ‘Dollar On You’.

Listen to ‘Bunker’ across all DSPs below.