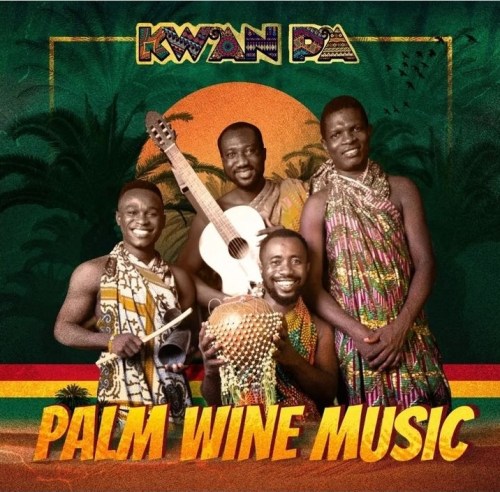 Kwan Pa, is a multiple award-winning, thriving dynamic indigenous band in Ghana that performs and promotes indigenous music of Africa in various forms.

Kwan Pa believes in the assertion that Africa has a very rich music culture which is worth flaunting to the world. They believe that traditional African music is never outdated or perhaps irrelevant as some people may perceive it to be.

Kwan Pa’s exciting African Music journey began 5 years ago, and since then, they have performed all over Ghana. Kwan Pa creates and performs a genre of African indigenous music called Palm Wine music which incorporates intricate but thrilling chords with the art of storytelling to create a journey in music and thought.

Kwan Pa’s ensemble includes the Guitar and Seperewa (Indigenous harp-lute), Twin bell (dawuta), rattle (ntorwa) and the Framedrum (Gome), among others, all superimposed on different harmonies and melodies, which also include Highlife and Adowa rhythms. These are emphasized by additional percussions.

Palm Wine Music EP can be found on all music streaming platforms including Apple Music, Spotify, Boomplay, Audiomack, Deezer, Tidal among others.