Lady Jay is finally releasing her debut EP titled “Anywhere you dey” which features some of West Africa’s most talented male artists. For those of you who don’t know Lady Jay, she has been working in the music industry for almost a decade between Ghana and Nigeria and is known to be an industry favorite. She has worked with some of the regions most influential artists including Sarkodie, BOJ, and Yaa Pono just to name a few. Her latest project features E.L., Joey B, Dammy Krane and Magnom and showcases a variety of new African World music. You can check out her latest videos “For You You You” and “Odo Nana” which are her two first official singles on the EP.

Wahala Entertainment signed Lady Jay in 2018 after she returned from Canada where she studied music business. Since then she released four singles and music videos which influenced a new generation of listeners. She has also been working on her famous live music concert “Magic Dream” held at Zen Garden a few times a year. Her concerts set a new bar for live music in Ghana and has gotten national attention and has been played by a number of local TV stations.

During the premiere’s exclusive interview with Lady Jay, she talks about her upcoming projects one of which is titled “This is Africa”. It is said to be an anthem to all African people and is a song that she holds very close to her heart. “This is Africa” is set for release later this year and is going to be the biggest project both Wahala Entertainment and Lady Jay have ever worked on. She is also working on a number of projects with various or Africa’s biggest artists, her team also confirms that 2020 is going to be a big year full of surprises. You can follow Lady Jay on instagram or twitter @LadyJayLives or on Facebook @LadyJayOFFICIAL or visit www.ladyjaymusic.com.

Stream “Anywhere You Dey” below. 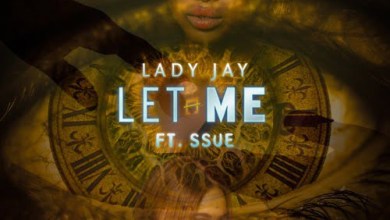