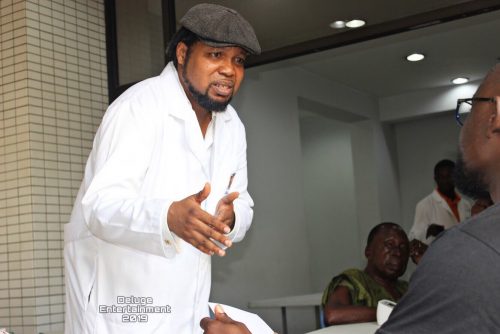 Medical doctor and reggae musician Nii Okunka Blankson, popularly known in showbiz as Knii Lante, has urged the Ghanaian authorities to adopt strategies to make cannabis beneficial to the country.

Even though he does not use marijuana, the medical doctor explained that the herb has been scientifically proven to contain therapeutic and medicinal properties which could be advantageous to Ghana.

The Rastafarian Council of Ghana has been on a relentless campaign for the decriminalization of the plant just as many other advocates.

In his later years in life, former United Nations Secretary-General, the late Kofi Annan, called for a dispassionate debate about marijuana.

Also, the Acting Executive Director of the Ghana Standards Authority (GSA), Professor Alex Dodoo, has ever advocated the cultivation and export of cannabis while a former boss of the Narcotics Control Board (NACOB), Mr Akrasi Sarpong, endorses the legalisation of Indian hemp.

Other notable people like musician Samini and actor/politician John Dumelo have spoken about mass production of marijuana for economic gain.

Knii Lante said several years back, Rastafarians lauded the potency of marijuana through their music but the public condemned those utterances.

However, in modern times, the efficacy of marijuana against diseases and other ailments have been espoused, the ‘House of Pain’ singer noted.

For him, Rastafarians deserve an apology from society for the way and manner they have been demonised in relation to their marijuana advocacy.

“Now, we owe the Rastas an apology for coming out against them that way then, and thinking that they are talking rubbish, and now we find out that what they were saying is true. The ‘Ganja’ is healing a lot of things”

Asked by the host if he uses marijuana, Knii Lante responded: “No! I don’t smoke ganja”.

He, however, recounted experimenting with it in senior high school.

He stated that after trying ‘wee’ for the first time, he hallucinated and everything appeared funny to him and, so, he kept laughing nonstop. At some point, he admitted he thought he had gone mad.

“I was seeing leaves as snakes and I said hey, what they say about ‘wee’ is what I am experiencing and that it could make you go mad…but apparently, these are just acute psychotic things that happen. It can even happen with alcohol,” he said.

Knii Lante added that an overdose of everything is not desirable and condemned any form of marijuana abuse. 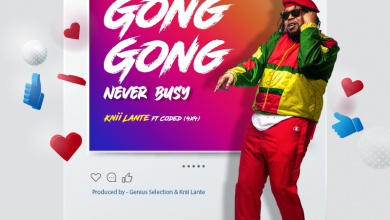