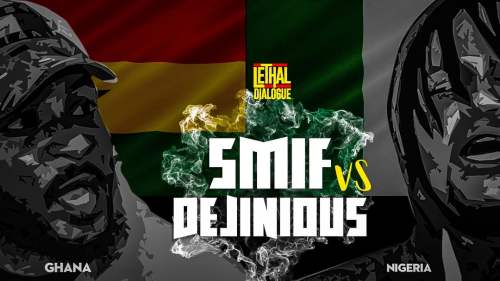 Battle rap league has been a sustainable hip hop trend in Ghana with culturally diverse nuances to that effect. Lyrical Wars has consistently created content to sate its audience over the last 5 years since its debut.

Lethal Dialogue 4 serves a significant purpose for both Lyrical Wars and the general Ghanaian rap battle scene — playing host to a rapper from Nigeria. It was a friendly match which gifted several insights for both nationalities. The accentuated bars and punchlines were quite unique from the contenders with avid watchers and listeners like a tennis match.

Lyrical Wars’ objective is to be a hip-hop advocate for the masses, as is their mantra, “On Behalf of The Culture” while producing premium culturally diverse entertainment.

Lyrical Wars is a hip hop and rap entertainment brand that was started by GRP Feats Limited and Third Eye Montage in 2014. It is seasonal event that has fostered a community of battle rap lovers and enthusiasts in Ghana. Its ultimate goal is to be the contemporary gateway to hip hop in Africa.
The Lyrical Wars calendar includes three major events: Lethal Dialogue, Body Bag Auction and The Main Event.