It is rare for a producer to flip the script and become an artiste it is even more rare to find a producer who not only does the switch but managers to ace the two fields on the highest level expected of A-listers.

Magnom has managed to do the two quite effortlessly. With the release of “We Speed 2” he has released 44 songs over 3 tapes in the past one year 4months. 15 on Mature by Nature, 9 on We Speed and 20 on We Speed 2.

Add 2 sold out concerts one at champs the other at Serallio, performances on almost every platform in Ghana over the past year, a performance outside the country, 3 hit songs and 3 nominations at the just ended VGMAs, it is safe to say he is one of the hardest working artistes in the industry at the moment.

We Speed is quite the masterpiece which features verses from Sarkodie, Darkovibes, Medikal, Eno, Kwesi Arthur, Spacely, B4Bonah, Rwandese artistes Charly Na Nina among others.

“Wine Your Waist” is a song off the tape featuring Ground Up rapper man – Kwesi Arthur. Enjoy below 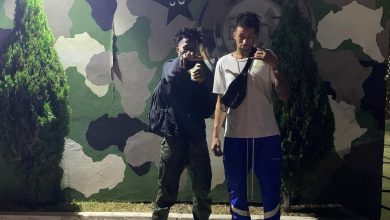 December 6, 2020
Newsletter
Enter your email address to subscribe to this blog and receive notifications of new posts by email.
NEW MUSIC