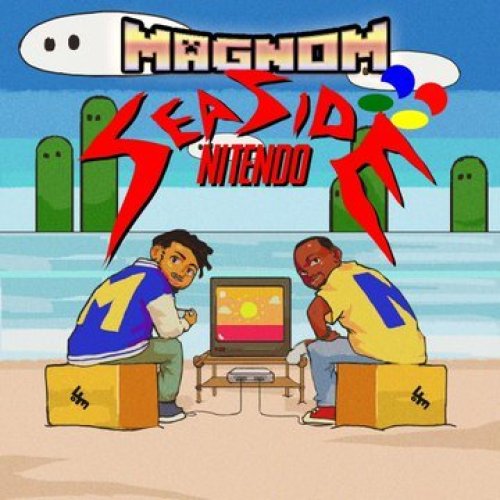 On 1st march 2019 a new sound entered the music industry of ghana. Ace Ghanaian producer turned artiste, Magnom known for his his heavy influence on hip hop and trap sound and EDM inspired afrobeat bangers, collaborated with Azonto, Nshorna Music known as the production driving force behind the Azonto sound, to release a tape dubbed “Seaside nintendo”.
As expected from two sound geniuses, the 7 track sonic masterpiece is groundbreaking and the first of its kind in the country. How? The beat of each song is created by fusing the unique sounds from 8 and 16 bit retro game sounds  with modern afrobeat, trap and afro-soul rhythms. 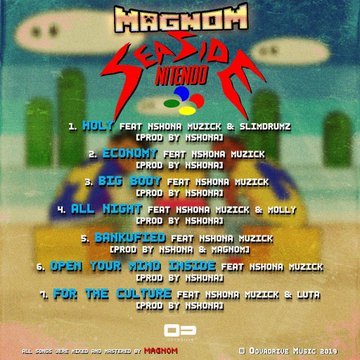 The “Seaside Nitendo” film schedule released 90s-style animated music videos for 2 singles off the tape”Economy” and “Big Body”  featuring the two musicians as characters in different retro games. This body of work strikes nostalgia of the good of 90s and also serves bangers you can easily jam to today. Listen to Seaside Nintendo on all online stores now.
STREAMING LINKS 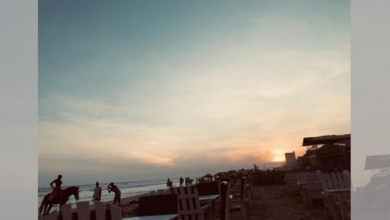 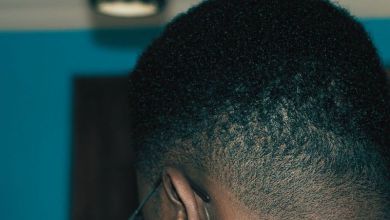 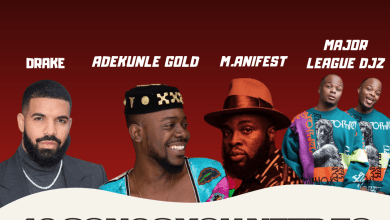 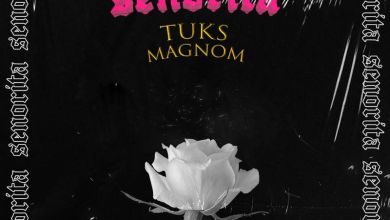