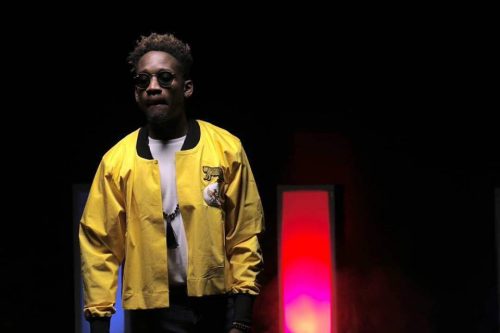 Nigerian afrobeat and afro-pop singer, Oluwatosin Ajibade popularly known as Mr Eazi has been listed in Forbes 30 under 30 revolutionary thinkers, who are revitalizing ideas and industries with fresh business models and innovative leadership in Africa.

According Forbes Africa, over 3000 nominations were received.

Mr Eazi who will turn 29 in July this year, established Empawa Africa, an entertainment outfit woven on business strategies with the mission to discover and equip talents for the next generation, has been recognized for the impact his startup has created so far.

Empawa Africa, which is responsible for the breakthrough of artistes like Nigeria’s Joe Boy and J Derobie from Ghana among others, took to social media to celebrate Mr Eazi’s feat.

See the tweet for what Mr Eazi’s company had to say about this new achievement.

Congratulations to the founder of emPawa Africa @mreazi on his recognition as one of the @forbesafrica 30 under 30 Africans forging ahead with credible, creative and profound strategies to make the world a better place. https://t.co/YtgA2BmyV3 #empawa30 pic.twitter.com/ziCU09SaXE