After teasing her debut single on her social media for over 2 weeks, one of Ghana’s most successful female DJs, Mz Orstin has finally released the song titled ‘Tea Time’, which features Ghanaian Rapper CJ Biggerman.

The song had already leaked out to her fellow DJs earlier last week and has made its way onto some radio stations already. It is rumored that Mz Orstin is firing shots at an ex-boyfriend, and it is evident in the intro of the song.

The song is an afrobeat Jam and is definitely the song for the season! Listen below. Mz Orstin deeply drawn to music and dance, chose to make this love her career and has been successful in growing her image and brand, as one of the best disk jockeys in Ghana. From humble beginnings working under DJ Armani.

She rose to prominence in the dynamic field by pioneering and organizing her own night “Bella Roma Wednesday Nights”, seven months into her career, which was the first ever Wednesday club night in Ghana.

Mz Orstin has since been privileged to work in numerous premium bars and lounges in the country. ,

She has also been featured in many events such as the Rexona Do More Concert 2014, guest Dj at Ghana Music Awards 2017 in Ghana, Girl Talk Conert 2016 & 2017. The scope of experience in the industry thus far has built her skill, professionalism and versatility in the business, while allowing her to showcase her talent in various musical genres., From working as the resident DJ in Bella Roma, Yacht Lounge , Plot 7 and being guest Dj at Twist and Sky Bar, including numerous events, she has also contributed her talent to the growth of various radio stations. Mz Orstin, is currently a resident Dj at the One to One Bar (Movenpick Hotel) and plays at Venus Lounge and Firefly Lounge.Otherwise you can catch her on radio at Y107.9 FM on the YTop20Countdown show from,

Mz Orstin’s entrepreneurial endeavors also include being a Co- Founder of Stride Ladies (Stride Ladies), an organization with a mission to provide exposure and mentorship for the Ghanaian woman, in a male dominated society to help them develop into socially conscious global leaders.

With her infectious smile and incredible dance rhythm, Mz Orstin exudes a passionate energy that makes her music play exciting, rhythmic and addictive. Her love for music and dance shows through her craft and enables her to create an atmosphere that draws people in. This along with her vision for the future and drive means Mz Orstin is a major force to be reckoned with in the industry in the years to come, illustrated by the many nominations at the Ghana DJ Awards shows over the years.

Mz Orstin having crossed over Ghana’s borders into the diaspora and through the dedication she gives to her art, will continue to strive for and garner international recognition and acclaim 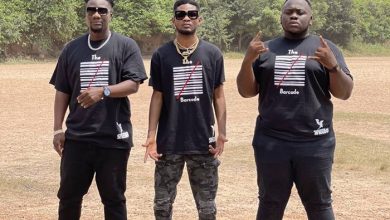 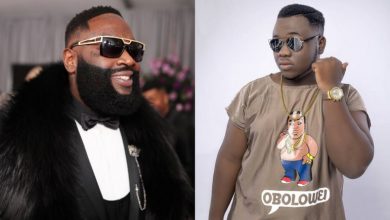