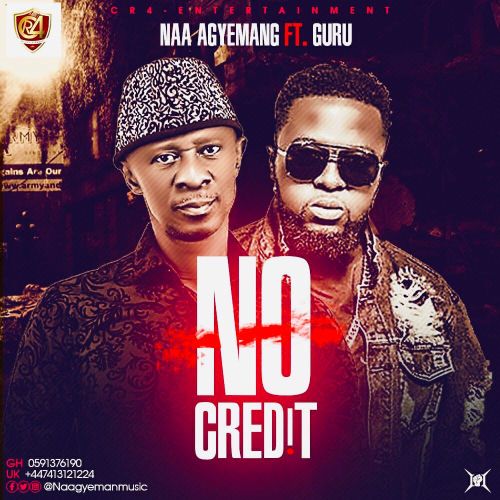 Known for his undisputable talent, Naa Agyeman comes back to highlife music to serve us more records. Over the past years has served Ghanaians with back-to-back hits and this time around comes with a big bang, joining forces with Hiplife Legend GURU NKZ on ‘NO CREDIT’.

Known in private life as Anane Agyeman, Naa Agyeman has fused this masterpiece “NO CREDIT” with a danceable groovy rhythm, which will cement the fact that the Kwahu Bepo hit crooner is obstinate on churning out only hit records.

‘NO CREDIT’ tells a condescending romantic story about love and money, He started by singing playboy if you don’t have money come tomorrow, women are not ready to have a relationship on credit with any playboy he said.

Money has long been known to be a leading cause of stress in relationships — probably because, for so many couples, it’s a topic that’s off-limits. Maybe you’re insecure about your own financial situation, and talking it over with your partner would force you to deal with the reality of a serious situation.

The duo on the song left no stone unturned as their soothing voices synchronized with an easy to grasp verse and an attention-calling hook to match.

Nana Agyemang as he’s popularly known in the music circles is one of the few highlife gems who held the mantra for the said genre in the early 2000’s. He’s churned out hit singles like, Kwahu Bepo, Alomo Ketewa, Mr. Ode, Auntie Araba, Kwame Ahii, Traffic, Go Go Sugarcane amongst others.

The song was produced by Kindee.