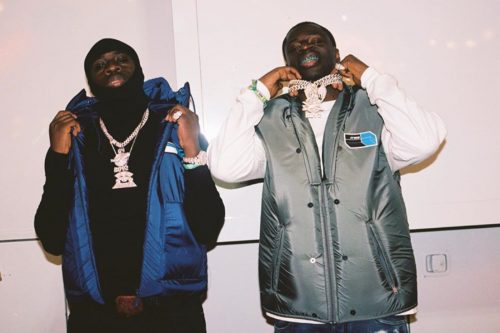 New York rap duo G4 Boyz consists of Ice Baby and Buggy, two brothers of Nigerian and Ghanaian descent from Staten Island. Together, they’ve developed a flashy, energetic blend of trap and gangsta rap, with lyrical topics regularly focusing on money, sex, and violence. The duo have collaborated with many well-known rap artists, including Lil Wayne, Migos, and Waka Flocka Flame, and have issued several mixtapes, including 2017’s The African Plug. 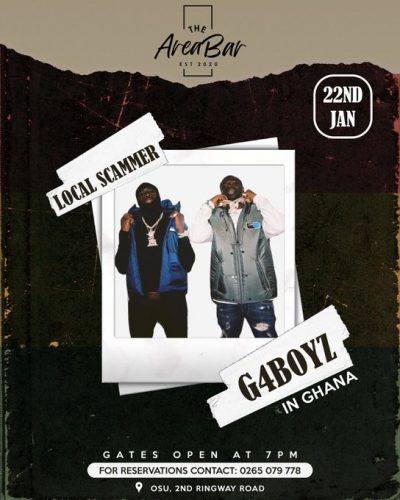 In a space of two years , Ghana risen through the ranks of tourism to be one of the hottest destinations to spend the Christmas. In 2019 , the President of Ghana launched a tourism program dubbed ‘Year of Return’ which saw highly notable personalities all over the world visiting the Gold Coast. The theme for last year’s was ‘Beyond The Return’ which apparently was predicted to surpass the hype ‘Year Of Return’ received but due to the Covid-19 global pandemic, it had to be put on standby. Even in these dire times , music celebrities like Steff London, Wizkid, Davido, Burna Boy, Stormzy, Vic Mensa, Jae5 , NSG and others are currently in the country for the Christmas holidays. G4Boyz is yet to join the list as they announce their first ever concert in Ghana. Dubbed ‘Local Scammer’, the concert is slated for the 22nd of January, 2021 at the newly opened Area Bar owned by UK based music group – NSG.

G4Boyz took to their respective social media timelines to make this announcement and below is how people reacted to it. June 11, 2020
Newsletter
Enter your email address to subscribe to this blog and receive notifications of new posts by email.
NEW MUSIC