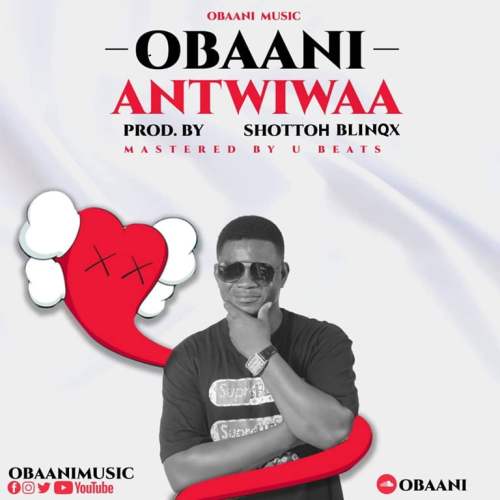 Promising Ghanaian Highlife musician, Obaani has officially launched his debut, ‘Antwiwaa’. The song produced by prolific producer Shottoh Blinqx with engineering support from Ubeatz is aimed at introducing the musician to the industry and music lovers as a whole.

Obaani started music some years ago but has now decided to go commercial because the time is now. In a brief engagement with the musician, he revealed many factors delayed his coming out but now he is ready to go all out to give Ghanaians the new taste of Highlife music.

The song is out now on YouTube, Apple music and other stores worldwide for stream and download.