Juls joins forces with his Ghanaian Brothers to bring a modern day hiplife afropop banger for the party. “Mmayewa” which features Quamina MP who had the biggest song over the christmas, Twitch 4 EVA off the success of his new tape “LOST” boast great energy on the traditional western Juls sound. Both artists are both shining in their own light representing the Groundup Chale movement.

‘Lele (Big Money)’ is a motivational song off the Ep with potents of performing well on the Ghanaian music scene or even beyond the borders.

The record was produced by Spax, mixed and mastered by Alpha Ojini.

Nigerian hit making machine – Joeboy did promise us new music earlier this week. As a man of his words , he’s fulfilled his promise with not just a normal song but a banger as a matter of fact. The Banku Music rockstar titles this highly potent song ‘Lonely’ for your listening pleasure.

Ghanaian tongue-twisting rapper , Lyrical Joe is popularly known for hardcore pen game. His annual 5th August lengthy freestyle is one to look out whenever the month of August commences. His new release exposes us to a different side of Lyrical Joe. Titled ‘Bill Gates’ , Lyrical Joe talks about how he wants to live lavishly and breaking every financial barrier in his life. The title of the song gives you a fair idea of what the song is about. MONEY!!!!

“Never” is an afro-pop song which serves as a follow-up to Phyno’s success album “Deal With It“, released in September 2019. 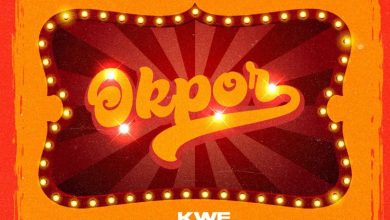